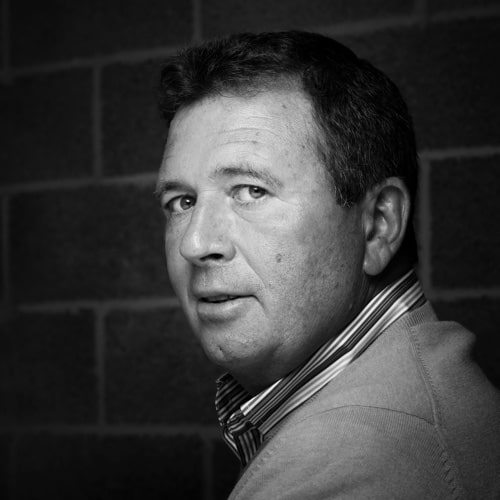 Jan Bourgois, PhD, is an associate professor in exercise physiology in the Department of Movement and Sport Sciences. As a former international sailor and rower himself and as researcher, sport science practitioner, and coach, Jan Bourgois is widely considered one of the most respected experts in sports physiology, testing and training. His main research topics relate to acute and chronic adaptations to exercise, as well as test methods and training. Besides his teaching and research activities, Jan Bourgois played a major role in the professional development of the Centre of Sports Medicine of the Ghent University Hospital, where he worked as exercise physiologist (1993 – 2008) and still contributes as academic consultant (2008 – …). He is founder and chairman of oncological rehabilitation in Belgium (1999) and head promoter (2012 – 2015) of a national multicenter and multidisciplinary oncological rehabilitation project for breast cancer patients.

As a sports physiologist and coach, Jan Bourgois works closely with elite athletes and coaches in a variety of individual (e.g. rowing, kayaking, sailing, athletics, cycling,…) and team sports (e.g. basketball and soccer). He was head coach of the Belgium Junior Rowing Team (1988 – 1994), exercise physiologist (1988 – 2010) and chairman of the sports medical commission (2005 – 2010) of the Flemish Rowing League and a member of the youth commission of the ‘Fédération Internationale des Sociétés d’Aviron. (1998 – 2003). Since 15 years, he is the strength and conditioning coach of a national and international basketball teams. He is also a member of the Taskforce ‘High Performance Sport and Science’ and the ‘High Performance Sport Steering Committee’ of the Flemish Government since 2008.

Don’t hesitate to contact us regarding upcoming R&D projects, the creation of new sport products or services, organization of events, or any other question related to sports innovation. Victoris is your single point of contact, giving access to our universities research laboratories and know-how.